I spent a fair amount of time researching the loading docks, including finding the plans... but the plans did not match the photographic evidence!

What I have surmised, and modelled, is that when the VR one was put in the APM one was also rebuilt of the same materials, and as they were doing them at the same time they built them the same.

So using the plans of the APM one and photos that I have I drew a plan in Corel Draw, which I printed out, and then built using 60x40thou styrene strip and 30x20 strip for the verticals.

I cut the verticals first, and put on a dab of superglue to hold them in position. I then glued the horizontals on using the Tamiya extra thin liquid cement. 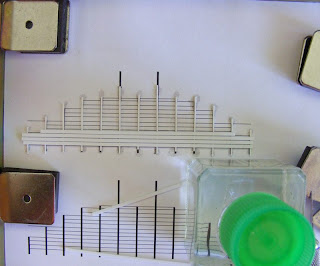 Once dry I placed the finished model in water and soaked off the paper.

I test fitted it to the layout to check for size. Referring to plans and photos to get the positioning right. 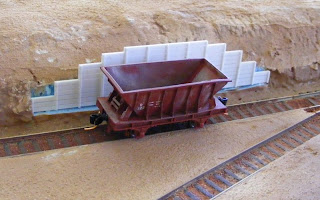 I gave it a light sand then painted the base colour of Tamiya white with a touch of buff added. the verticals, which were old rails, was painted a suitable rusty brown. Then I used the Tamiya weathering powders to give it a suitable dirty look.

Referring to the photos shows that I had made the bank at the back too high, so out came the saw to fix that! 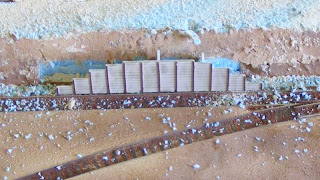 The docks were then glued in with liquid nails, which was also used to "back fill" the docks, and to add a skin over the styrofoam, which is tough and flexible when dry. I made the road from styrene sheet, sanded back to create a camber. 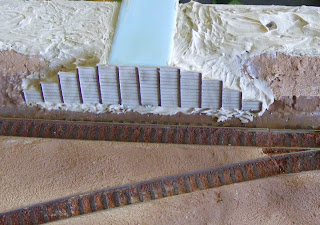 It is looking a bit like the real ones :) 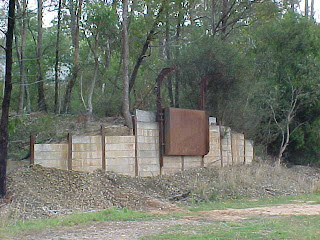