Here are some of the Australian N scale layouts that I've found inspirational over the years.

Wallan
Wallan has featured in the Australian Model Railway Magazine, and often in the Victorian N scale Collective newsletters. Originally built in the 70's when apart from the track, everything had to be kit bashed or scratch built, it was refurbished over the last few years by members of the Victorian N scale Collective. I particularly like the vertical height provided by the light poles in the yard, something I wanted to catch in Nowa Nowa, and the use of the paths and attention to colours. 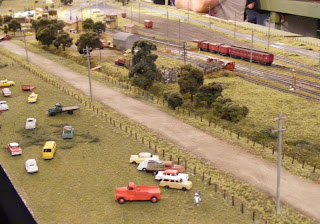 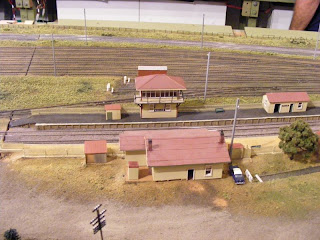 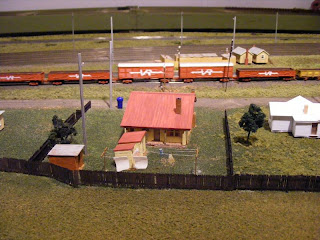 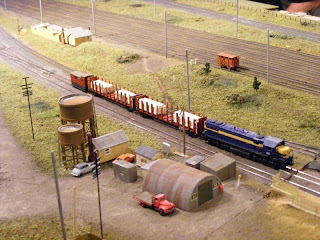 Darren French
Darren is building a large and impressive layout based on the Eastern line in Victoria. These pictures are a bit old, really need to get down there to get some more! The quality of modelling is consistently to a very high standard, very impressive considering the size of the layout. He needs to build some bridges for me... hint hint! 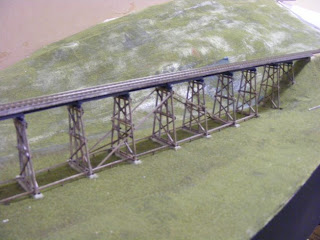 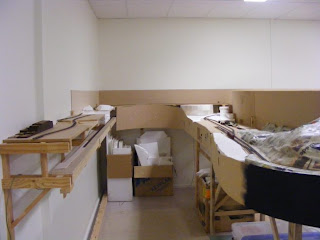 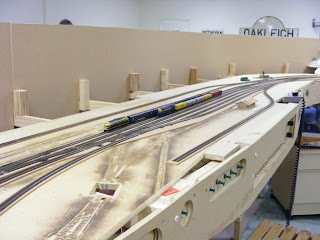 You can see some more pictures here:
http://victorian-nscale.blogspot.com/

here are some new photos as of august 2010 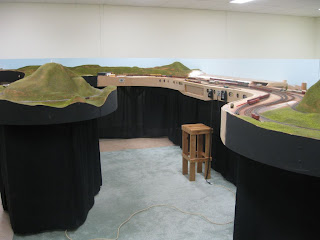 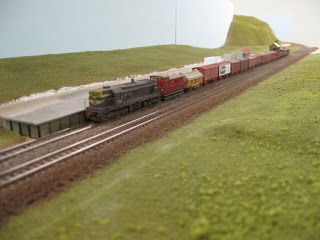 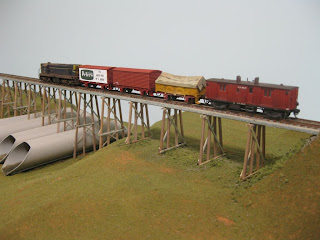 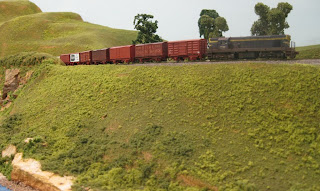 Victorian N Scale Collective Modules - "Rosella"
When I first joined the collective in about 1992/3 the AUSTRACK modular standards had just been sorted out. This was basically the US NTRACK standard but with a double main line to better represent Australian conditions. I bought a module back then (now still in my shed... and still without any track on it!) as did many members of the group... except now they have track, and very impressive scenery! The work that was done on Wallan under the tutelage of Chris Pearce and others has now been transformed onto these modules, and in my opinion these are now at least equal to any model layouts. These pictures are from a while ago and show the modules under construction.

caution roadworks! After the modules where overall sceniced additional features are then added in such as this road. 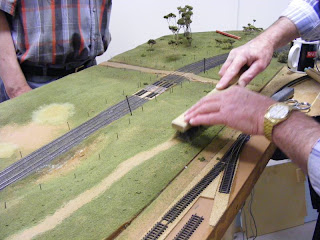 Here are some photos from David Bromage at Hobson's Bay 2010 show. 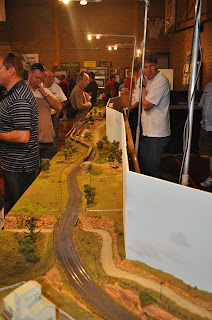 An overall view of the front of the layout featuring a bemused? Darren ... or is he looking for an opprortunity to "borrow" some of Blakey's rollingstock... again... 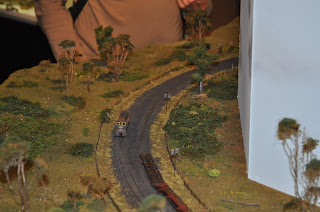 Detail on the corner, and N scale Australia Y class doing the rounds. Note the use of colour and texture to capture the feel of the Australian countryside. 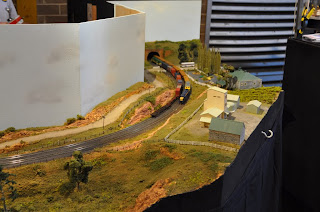 You are in southern Australia, you have to have a winery... 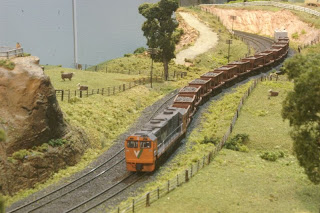 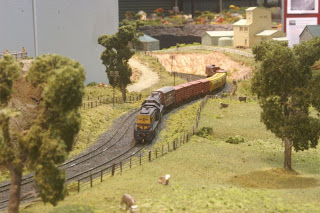 Two Powerline X class locos lead a mixed train of Aust-N-Rail wagons through the snaking bends past the winery. Photo Jul 2010 by Tony Lamplough. looks like a popular railfan spot!

Sydney Central
A truly museum quality layout on a grand scale that only someone slightly crazy, like Ross Balderson, could envisage, then actually complete!

Meticulously researched and built with the aid of Graeme Goodsell and others (Sorry don't know everyone who helped, feel free to contact me) this layout captures the feel of the prototype, less the pigeon droppings! 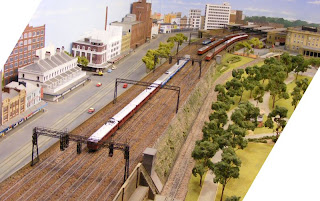 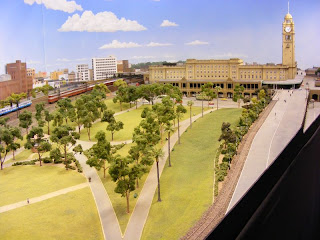 Ross and Graeme have since published a book describing the techniques used to build the fantastic buildings... with patience anyone can do it.

Lost somewhere north  of the border some Victorian wagons make their way around Sydney Central... bringing class and colour to the otherwise drab NSW gunmetal grey... 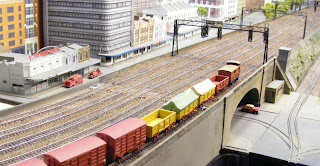 Captains Flat
Before "Sydney Central" Ross honed his skills on "Captains Flat" an accurate model of the railway station and infrastucture of this small town that served a mine to the east of Canberra.

Ross captures the tones of the location brilliantly, added to his exceptional modelling skills you have a fantastic layout. Just needs some yellow GY's to complete!

Ross used a "shadow box" to really focus the viewers attention, while providing a professional "finished" view to the entire project.

The following photos are from David Bromage. 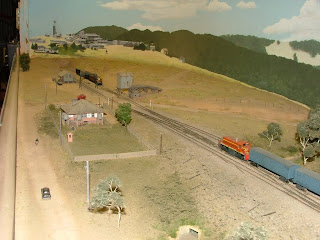 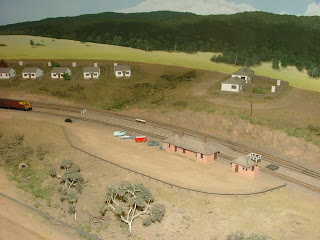 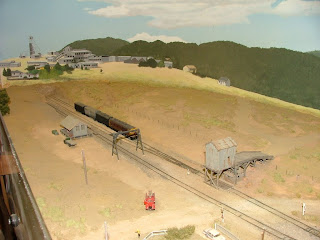